Disney has recently released a new animated sci-fi movie, Strange World in theaters on November 23. The film’s premise revolves around a legendary family of explorers whose differences could threaten the dangerous mission into unknown territory as they risk their lives to save a very important resource.

Throughout the film, the audience is introduced to an array of unique characters that end up affecting the story in a major way. While they don’t always make the best decisions, there is something so wholesome about how they work together to save their community – no matter the cost. It’s just a shame that several stories weren’t developed more since this would have made some characters far more likable than they already were.

As the Clades and Callisto’s team set off down into the unknown, Duffle pilots the ship that they are on. It seems that no one else can really fly, so he’s a fairly important character at least in the beginning. Unfortunately, he gets eaten by one of the creatures while their ship is getting attacked.

Although he doesn’t say much beyond screaming and responding to Callisto, he can be pretty likable to those with the quiet type. His death caused an already stressful situation to an even worse one. Luckily, it was not made in vain once the team actually made it into the strange world.

Ethan, like other teenagers, has his own friend group who he hangs out with all the time. One of those friends is Diazo, who clearly has a crush on Ethan and vice versa. They drive up to Ethan letting him know about a show they got tickets for. Ethan was sad that he wasn’t able to make it because he was working, but Diazo was able to snag tickets for Ethan, making him blush.

Right in the beginning, the viewer can see sparks flying from their first interaction. He is a very likable character in the way he presents himself to Ethan.They both like each other but are too nervous to make the first move. Their connection shows the possibility of a beautiful relationship, even if it isn’t shown on-screen.

Caspian is basically a big child that gets easily excited by many things. Even though he’s a huge fan of the Clades, particularly Jaeger, his loyalty stays with Callisto Mal as she locks them up to continue their mission of saving Avalonia. His quick short lines show that he’s made a name for himself on the team, but not enough to take on huge tasks.

He’s a character simply for comedic relief, making him easily likable during his scenes. Although he’s not in the film too much, the ones with him are the funniest. One of his jobs is to watch Ethan, but he loses him and the other job is to steer the ship, but he gives the steering wheel right back to Meridian when she asks.

An adventurous three-legged Bearded Collie known as Legend, stows away with Ethan on the ship to save Avalonia. At first, Searcher disapproves of their coming along, but it’s too late for them to head back home. As a loyal companion, he follows into danger and blindly continues onward.

Legend’s presence gives the audience a sense of comfort and humor. He’s the animal sidekick that everyone would love to have around, but he often caused more harm than good. He puts himself in many dangerous situations and needs constant saving from every family member on all accounts.

Twenty-five years after the great expedition with Jaeger and his team, Callisto becomes the president of Avalonia and is tasked with saving their town from the infection that’s spreading along their pando crops.

Her courage and motivation make for a great leader as she becomes the driving force for her team. Like many brave leaders in the MCU, the community adored her devotion to the job as she stops at nothing to protect and save pando. Although she showed qualities of an antagonist, going against the Clade family for Avalonia, she does redeem herself in the end after seeing the error of her ways (happy to have saved the creature from the destruction caused by her).

Meridian married into the wonderful family of the Clades. As Searcher’s wife, she is shown to be the matriach of the family, helping them with the cooking alongside Searcher and piloting their crop duster plane. She’s likable for her ability to find the fun in every situation, even if it’s dangerous.

Related: The 10 Best Motherhood Movies That Are Honest About Being A Mom

Their tight-knit family relationship makes for a typical Disney movie, but it’s wholesome. Her love for her family is so admiring, it practically jumps off the screen. She is also seen to be an empowering role model as she saves the ship from destruction and her family from the monsters that inhabit the strange world beneath theirs. 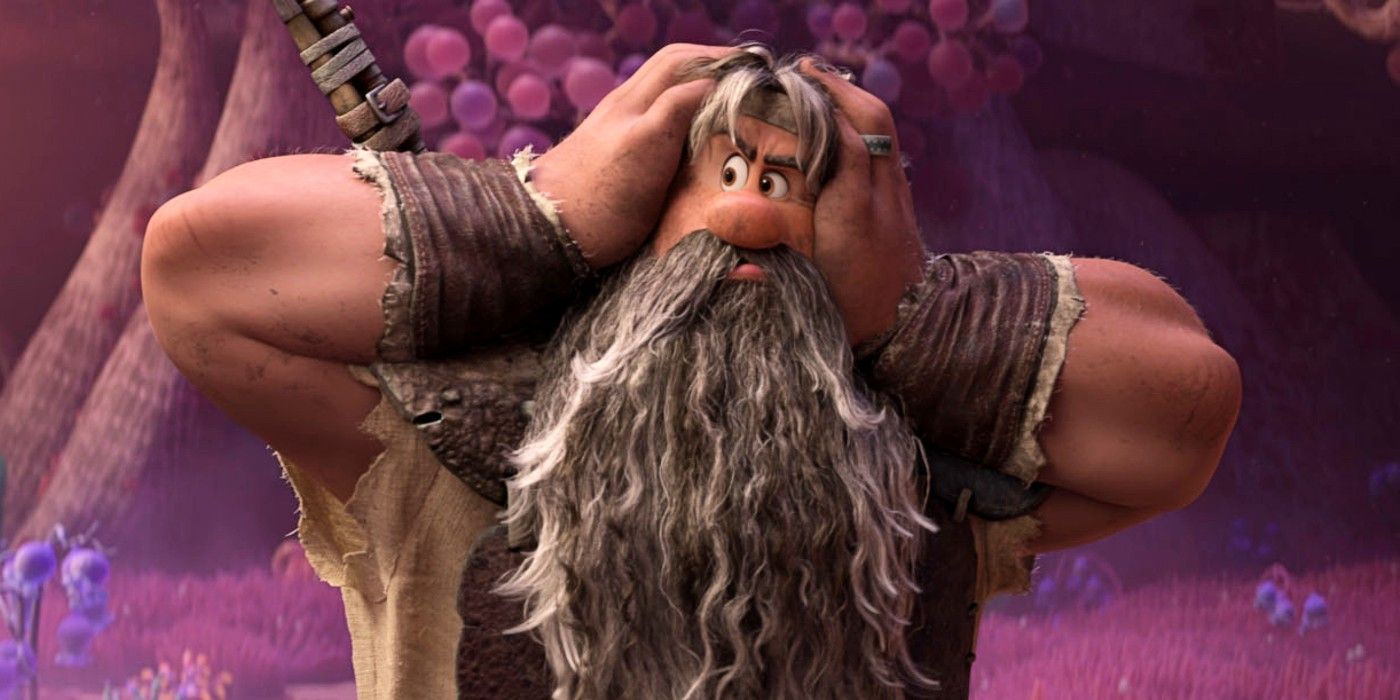 The Clade family is well-known for being adventurers, especially Jaeger. His whole life revolved around venturing beyond the mountain ranges to fulfill his destiny. Oftentimes, he seems to care more about adventuring than his son, Searcher, which is why he went onward without his team while they brought back the pando plants.

Although he was initially unlikable due to the fact that he was willing to lose his family for an adventure, he eventually redeems himself when he and his son finally bond after realizing the error of his ways. His purpose is to show the viewers that it’s never too late for change, especially if it’s for the better.

As Searcher’s only son, Ethan takes all the focus of his parents, which causes typical teen behavior such as not doing chores, hanging with his friends, and being embarrassed by his parents. It is obvious from the get-go that he has a thing for one of his friends, Diazo after getting nervous from just seeing him.

Searcher practically begging him to be a farmer only drew him closer to the idea of being an explorer and craving adventure like Jaeger. However, after the tension dissipated, this turned into an iconic father-and-son relationship as they became more encouraging and accepting of one another. Their love for one another grew on many viewers, making it the second-most loved relationship in the film.

As the son of a famous explorer, Searcher is expected to follow in his footsteps, but he decided to create his own path. During his last exploration with Jaeger, he founded a plant-based power source named pando that now powers all of Avalonia. He made it his mission to be the opposite of his father, but that not only hurt his relationship with his son but also hurt the land they’re living on.

His career as a farmer helped the community in many ways, making him extremely likable to its citizens. It was his duty to help with all things pando, but knowing he was the cause of hurting the creature they live on, he decided to destroy it. He would rather destroy his legacy than lose his son, showing an amazing character arc.

The world underneath theirs introduces many interesting-looking creatures, in particular, a blue blob nicknamed by Ethan as Splat. This creature guides Ethan and the team through its mysterious land. At first, he had planned to lead Ethan to his death, but that quickly changed when Ethan took care of his pando burn.

Disney has made this creature one of the most likable characters in the film, without even needing to talk. Although Splat doesn’t speak the same language, his actions speak louder than his words could ever. With his help, they were able to not only make it out alive, but be able to understand that they were fighting on the wrong side.