ABC’s Home Economics dropped a major bombshell on the Hayward siblings a few weeks ago when they learned they had a half-sister. The highly anticipated Thanksgiving episode, which premiered November 16th, saw Harmony join her half-siblings for Thanksgiving dinner. Fans were excited to see how Harmony fit into the already hilarious and realistic sibling dynamic between Tom, Sarah, and Connor.

While Home Economics is praised for its portrayal of adult sibling relationships, it’s not the only show out there that shows what siblinghood actually looks like. What makes a sibling relationship realistic might not be the same for anyone but what most Reddit users seem to agree on is that good siblings have the ability to make fun of each other like Bart and Lisa Simpson but always have each other’s backs like Eric and Cory in Boy Meets World.

RELATED: The 10 Best Bart & Lisa Episodes Of The Simpson

Reddit user trimonkeys said it best: “while the two of them will definitely bicker and have differences, they have one another’s back and go on adventures together.” One great example of this is the episode “The Secret War Of Lisa Simpson,” when Lisa enrolls in Bart’s military school and the two end up helping each other survive the grueling tests.

Drake & Josh is one of Nickelodeon’s best live-action shows largely because of the complex and hilarious sibling relationship between step-brothers Drake Parker and Josh Nichols. Reddit user yophop123 was the first to point out their iconic sibling relationship, earning 50 up-votes and several comments to their comment.

Part of what makes them such great brothers is that they actively work at building that sibling bond since they’ve only recently become brothers. Though they fight and make mistakes, Drake and Josh are always there to help each other clean up their messes. Plus, they unite against their youngest sibling, Megan, which is also a very real thing for siblings to do.

Stranger Things has had a lot of best character relationships over the years, but nothing comes close to the developing sibling relationship between Lucas and Erica Sinclair. Reddit user jarisatis says “I love the siblings bond between Erica and Lucas especially in S4,” starting a whole thread on the pair’s relationship.

They have the perfect sibling growth, with Lucas starting out being annoyed by his little sister and her constant need to be involved in things she shouldn’t be, to the two of them growing closer together in the face of chaos. They learn to lean on each other, and fans are eager to see their sibling relationship grow even more in season 5 as they both deal with the trauma they’ve been dealt.

Schitt’s Creek may not be the most relatable show since it’s about a wealthy family who loses all their riches and must learn to adapt, but that didn’t stop it from creating some of the most relatable characters and relationships. The best of those is the sibling dynamic between David and Alexis.

From bickering and supporting each other to sacrificing one first to a potential murderer by refusing to share beds, nothing says brother/sister more than these two. The scene that sealed the deal for Reddit User serinzy – who believes the relationship is “really realistic” – is the one where David tells Alexis that a ghost lady walks by her bed at night because it accurately shows how older siblings love to torment their younger siblings out of love.

Despite running for nine seasons on ABC, The Middle is one of the most underrated sitcoms of all time. This is a shame since it gave the world one of the best, most realistic sibling relationships of all time, according to a now-deleted Reddit user.

What’s so fun about the Heck siblings is that each of them has a different sibling dynamic with each other. Axl is the stereotypical gross, mean older brother to Sue, but he’s oddly supportive and caring towards Brick. Sue loves both her brothers equally but has an easier time bonding with Brick because they’re both a bit nerdy. The thing that makes them the most realistic though, is their ability to put their differences aside and unite against their parents, like in the episode “Taking Back the House.” 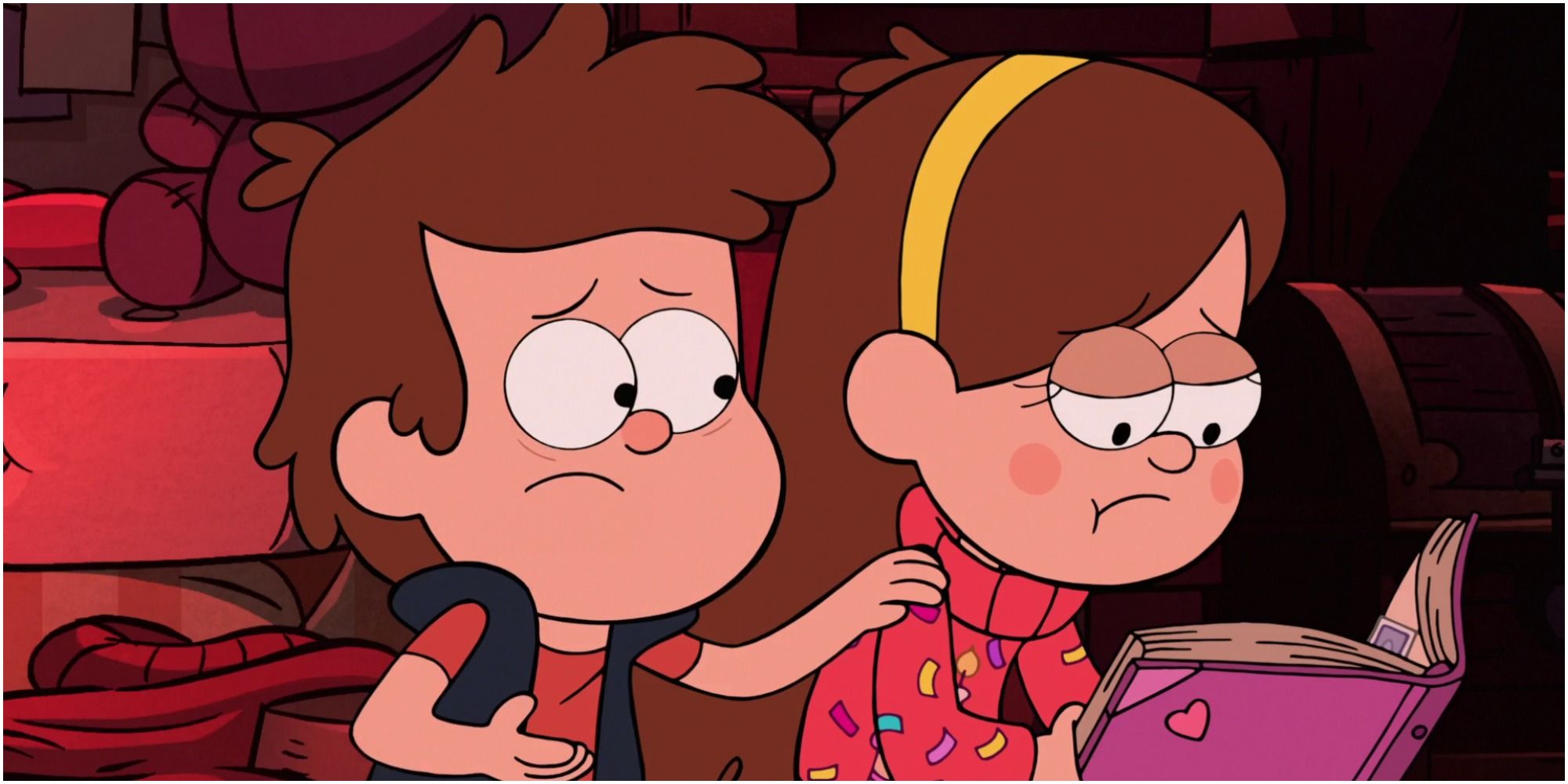 When prompted about the best TV sibling dynamics, Reddit user TheIllusiveGuy was quick to point out Dipper and Mabel’s relationship in Gravity Falls by sharing an image explaining how the twins always embrace each other when they’re scared or in distress because they want to protect each other. While Reddit user Insanepaco247 says, “The very first thing to make an impression on me about Gravity Falls was that Dipper and Mabel felt like best friends.”

Both of these Reddit users are correct in pointing out these tenderhearted moments between siblings. TV siblings are so often seen bickering that it’s nice to see Dipper and Mabel’s softer approach to their relationship. Plus, Mabel is always there to support and encourage Dipper’s feelings for Wendy which is a great sister thing to do.

Malcolm in the Middle’s Wilkersons might be one of the best TV families ever to exist, and that’s largely because of the very realistic brother relationship between the brothers. Reddit user NothappyJane explains, “their active solidarity against Lois’s rages is very understandable whilst also simultaneously they did everything they could to mess with each other.”

Banding together in the face of parents’ anger, even when the siblings don’t always get along themselves, is a very familiar dynamic for many. There’s even jealousy between the boys, with Malcolm feeling envious of Francis for not having to be the one the entire family relies on to succeed. With that many siblings, it makes sense for there to be some sibling tension.

Though Married… with Children took a less-than-wholesome look at American family life, it was a hit and ran for ten seasons on Fox. The series also gave fans the very realistic brother-sister relationship between Kelly and Bud.

As Reddit user BadaBinger626 points out, “they’re always at each other’s throats, but when an outsider disses one of them, they got each other’s back.” The two also are partners in crime who are great at getting out of trouble, evident by their scheming in “Hot Off The Grill” mus replace a secret burger ingredient they ruined.

Reddit User heirloomlooms was the first to name Bob Burgers’s Tina, Louise, and Gene on a thread about best TV siblings, adding the Belcher siblings’ catchphrase “from the womb to the tomb” as proof of why they’re the best.

Like all trio siblings, Tina, Gene, and Louise all have different relationships with each other that only add to the realistic qualities of their sibling dynamics. The best part is that they really love spending time together even when they don’t have to. Like in “Bob Fires the Kids,” when they stick together and find a new job instead of enjoying summer break.

Boy Meets World was known for its careful crafting of character relationships, and none were more perfectly written than the sibling relationship between Cory and Eric Matthews. At least, this is true in the earlier seasons where Eric really drives home the role of wise, older brother to Cory.

Reddit User iamacannibal was the first to bring up Matthews brother’s relationship in a master thread, with a handful of people agreeing through votes. While their relationship changed as the show progressed, the early seasons did lean into the sibling dynamic of the older brother helping the younger brother through life while also giving him misguided advice to mess with him.

NEXT: 5 Ways Cory Was The Better Brother In Boy Meets World (&5 Ways Eric Was)

The frenetic charm of Miami Blues