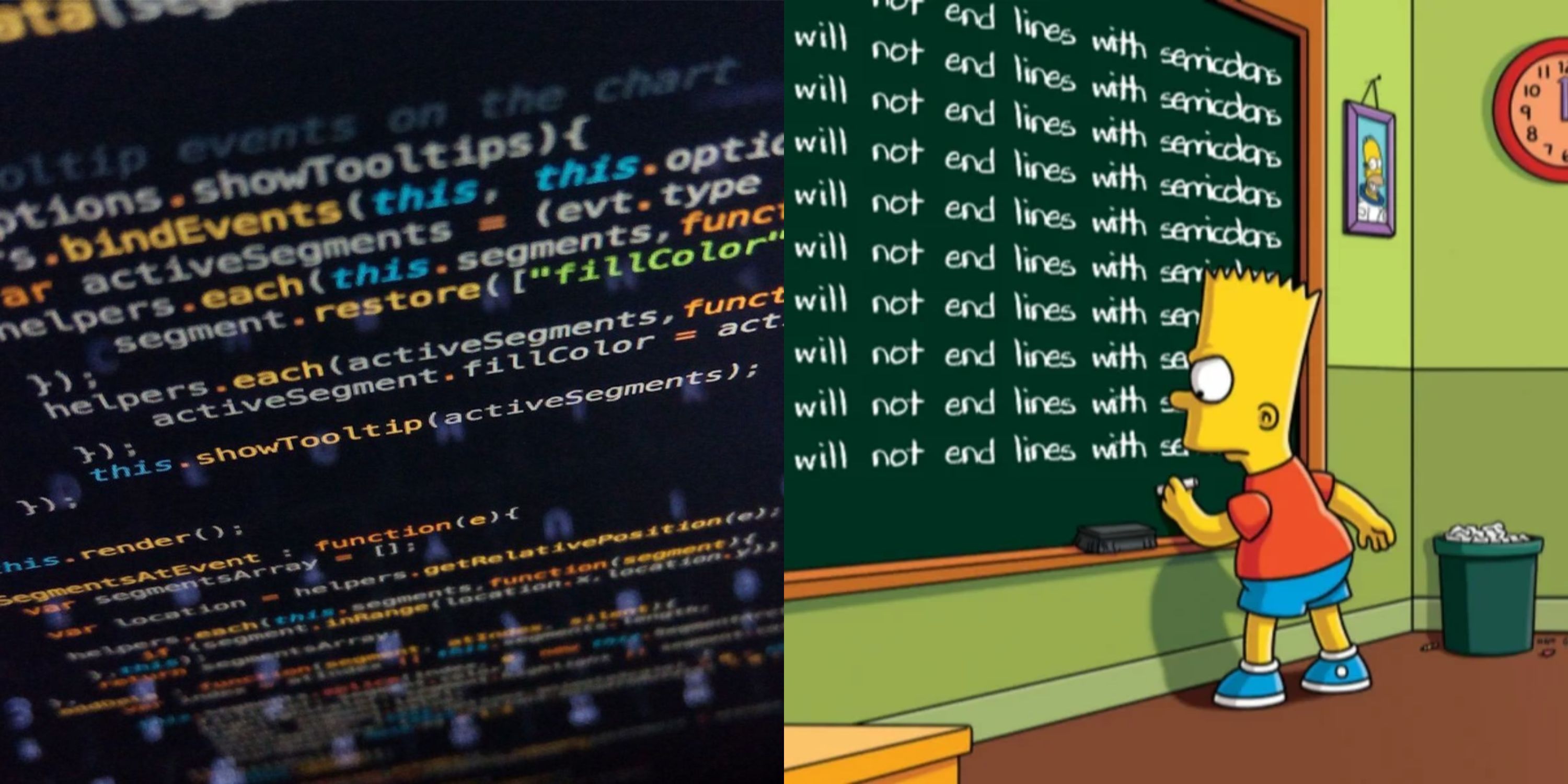 Coding can be fascinating and fulfilling at times but, whether inexperienced hobbyists or professionals with years of experience under their belt, every programmer knows just how frustrating it can be at times. Whilst there are more resources than ever to help ease users into coding, that doesn’t mean it’s not still a task filled with painful moments.

From the awkwardness of different programming languages to the ever-present threat of bugs and errors, a lot of coders have found the best way to cope with the unique frustrations of it is to make and share hilarious memes. These are some of their best examples.

The Pain Of Being An Inexperienced Coder

Mainly after meetings from ProgrammerHumor

Few worlds are as full of technical jargon and cryptic terms as programming, where everyone can seem to be speaking different languages at times, and that can be annoying for less experienced coders. No matter how many courses and tutorials a beginner takes, they are bound to run into stuff they don’t understand every once in a while.

RELATED: 10 Tech Advancements Redditors Thought Would Shape The Future (& If They Were Right)

Although this meme is primarily about junior professionals, it applies just as much to hobbyists trying to get into the programming community. Unfortunately, there’s no way to avoid feeling left out or ignorant every once in a while as a result.

There’s Nothing Worse Than Unhelpful Tutorials

One of the best parts of getting into coding is finding out the sheer amount of resources that are out there to help coding beginners, from helpful forums to YouTube tutorials. Unfortunately, the catch is that it can sometimes be hard to tell at a glance what’s useful and what just isn’t.

Even official tutorials such as the ones for learning Python can be rough, missing important steps that someone new to coding might not understand yet. On the other hand, YouTube tutorials can be incredibly inconsistent and the result is that sometimes nothing the user takes away from them is actually that helpful.

A Single Piece Of Punctuation Can Make The Difference

Although coding can give an incredible sense of freedom, it can also feel stiflingly pedantic at times when any mistake can cause a massive problem. Different programming languages all have their own quirks but what they mostly have in common is that even the tiniest mistake can break a piece of code.

In C++ for example, one missing semicolon could be the cause of an error, and, whilst that means any C++ user quickly gets very good at remembering to put them in, it’s always going to be difficult to spot when a mistake is that small.

Even the top tech innovators know that simplifying and improving a product even if it already works fine can be crucial and that’s why refactoring is always worth doing. In theory, refactoring should mean simply improving code without actually changing any of the functionality but it doesn’t always work out.

There’s nothing more frustrating than completely breaking something that already worked fine in an attempt to get it to run more efficiently but that can be the reality at times. Thus begins the painful process of working through the new errors. It might not be a major issue, but that doesn’t mean it isn’t annoying sometimes.

CSS Can Be One Of The More Temperamental Languages

It’s not just refactoring that can cause new problems to appear in something that previously worked perfectly. As anyone who’s tried one of the less agreeable coding languages like CSS will know, even the smallest changes can cause a whole host of new and often seemingly unrelated issues.

RELATED: 10 Tech Inventions That Were Ahead Of Their Time, According To Reddit

Whilst the results can involve hilarious software gore as this meme demonstrates, it’s a cause of no shortage of pain for programmers trying to keep their code in working order.

Whether because a job requires it or the coder simply wants a new challenge, most programmers end up changing between different languages at some point or another. Whilst it can be a smooth transition, there are often some quirks specific to certain languages that become more apparent when switching.

For example, older languages like C/C++ and Java have gotten many coders so used to compulsively putting a semicolon at the end of each line that it’s impossible to drop the habit even after changing to one where it’s not required.

Too Many Variables Can Be Hard To Manage

Coding can make the user feel smart at times, especially when there are people that got incredibly successful and wealthy through programming, but it can just as easily make them feel dumb. For example, giving variables practical names and then using them immediately after should be incredibly simple yet even that can cause problems.

When trying to think about multiple things at once, short-term memory can be the first thing that goes out of the window meaning it’s surprisingly easy to forget a variable that’s only just been made. It’s yet another reminder that the biggest cause of coding frustrations is the shortcomings of the coder.

A Strange Form Of Progress

Some errors can be a lot more perplexing and long-lasting than others, and the process of trying to determine the cause and find a solution can be one of the most tedious in coding. Sometimes, the solution to one error can suddenly be the cause of another error that needs just as much attention.

The hilarious part is that this can still be a cause of celebration for programmers. A new error can mean progress toward a permanent solution, and it can give important clues as to why the original error might have occurred in the first place, making it a potentially valuable step.

The Pain Of Re-Reading Your Code Later

Although this meme is an exaggerated example, there’s an element of truth to it. Coding is nearly always a learning experience even for veterans of the profession or hobby and the upside of that is the feeling of slowly improving over time.

Of course, the flip side of this is that going back to old code can be a difficult and eye-opening experience, as old mistakes and poor practices become suddenly very apparent. It can also be that old code doesn’t seem to make any sense at all yet somehow still works, an even more baffling experience.

No One To Blame But Yourself

Whilst obviously not a technical problem, few things about coding can cause more emotional damage than the thought that it’s sometimes impossible to shift the blame for a problem on anyone else. Computers can have their own issues but they can only do exactly what they’re told to do.

Code written collaboratively or by someone else is a different matter entirely but, when it’s completely the user’s own work, there’s no way to avoid the crushing reality that it’s their own mistakes that are causing the issues.

NEXT: 10 Websites & Brands You Didn’t Know Are Owned By Google