Nostalgia for the ’90s is still going strong here in the 2020s as more and more shows from that decade are being rebooted and ’90s fashion trends are making their way into modern trends. Further, the technology we have today has roots in the ’90s, a time when technology experienced a massive boom.

It seemed like every year a new and improved piece of technology was being invented or expanded upon in the decade that introduced the world to the internet. Now that decades have passed, it is clear to see how some gadgets of the ’90s impacted pop culture in ways that still resonate.

Created to use in the quotable Home Alone 2, the success of the film resulted in the Talkboy becoming a real product for sale. The Talkboy was a cassette recorder that kids, or anyone, could record whatever noise and talking they wanted and play it back. Weirdly, there was a later version called the Talkgirl with the only difference being it was pink. Its widespread popularity culminated in the Talkboy becoming one of the most sought after toys of the ’90s.

The technology of the 20th century was combined with the aesthetic of the future (as predicted by the ’90s) in see-through phones. These phones were landlines, which anyone born after the year 2000 will probably have no idea what that means, and had a clear exterior allowing users to see the inside wiring and mechanisms of the phone that usually had some pops of color to it, either inside the phone itself or on the cord. The cool design and completely functional qualities of the see-through phone made them a hit with teens and young adults.

Regarded as a PDA for children, electronic diaries stored information like contacts and dates to remember. One model from Tiger Electronics called the Dear Diary had a horoscope feature as well. They were clamshell-shaped and often came in bright colors. Keyboards could also be locked so that no one could look at the information if the user wanted it to be private. Electronic Diaries did not always work the smoothest, leading to the decline of popularity over the years but in the ’90s these kiddie PDAs were all the rage for the tech-interested kid.

Sega’s last console, the Dreamcast has the reputation of being one of the greatest consoles. The Dreamcast had a built-in modem that enabled internet and online play, a pioneer in this console feature. Also, the games for the Sega Dreamcast were very innovative and fun, such as Sonic Adventure.

RELATED: 10 ’90s Gadgets That Should Have Been More Popular Than They Were

When first released in the late ’90s, the Dreamcast was successful but after Sony introduced the Playstation 2 shortly after, the Dreamcast took a back seat. The Dreamcast remains an icon of the ’90s despite its short peak thanks to its forward-thinking design and features.

One of the most recognizable products of the ’90s, Tamagotchis were pocket sized digital pets. Recently referenced in one of the best animated movies of 2022, Turning Red, Tamagotchis were a handful to have, needing to be fed and cared for, not unlike a real pet. Despite their neediness, people formed strong connections to their Tamagotchi pet and got addicted to these pixelated creatures. Tamagotchis also taught kids a good lesson about responsibility and consequences because if the owner did not adequately care for their pet, it would die. Again, not unlike a real pet.

In the earlier days of personal computer storage, there were no flash drives. What there were were floppy discs. These discs enabled users to transfer information from computer to computer, albeit not huge amounts of information at one time as floppy discs did not contain much memory. For those who needed a heavy-duty memory another ’90s icon, zip drives did the trick. CD writing technology and eventually thumb drives made these colorful, small discs obsolete. Nowadays though, you can even install Windows 10 from a USB flash drive, a far cry from the floppy disc age.

Also known as beepers, pagers had been in use in the ’50s but only to a niche group; doctors. Fast-forward a few decades and the beeper became widely used by people from all walks of life.

RELATED: 10 Fun Gadgets From The ’90s That You Can Still Buy Today

Users could choose to get a one way pager that could only receive messages or a two-way pager/response pager that could both create and view messages. In a pager, messages could be alphanumeric or voice messages. If anyone has ever seen a movie from the ’90s, then no doubt they’ve seen a pager before as pagers were pretty prevalent back then. 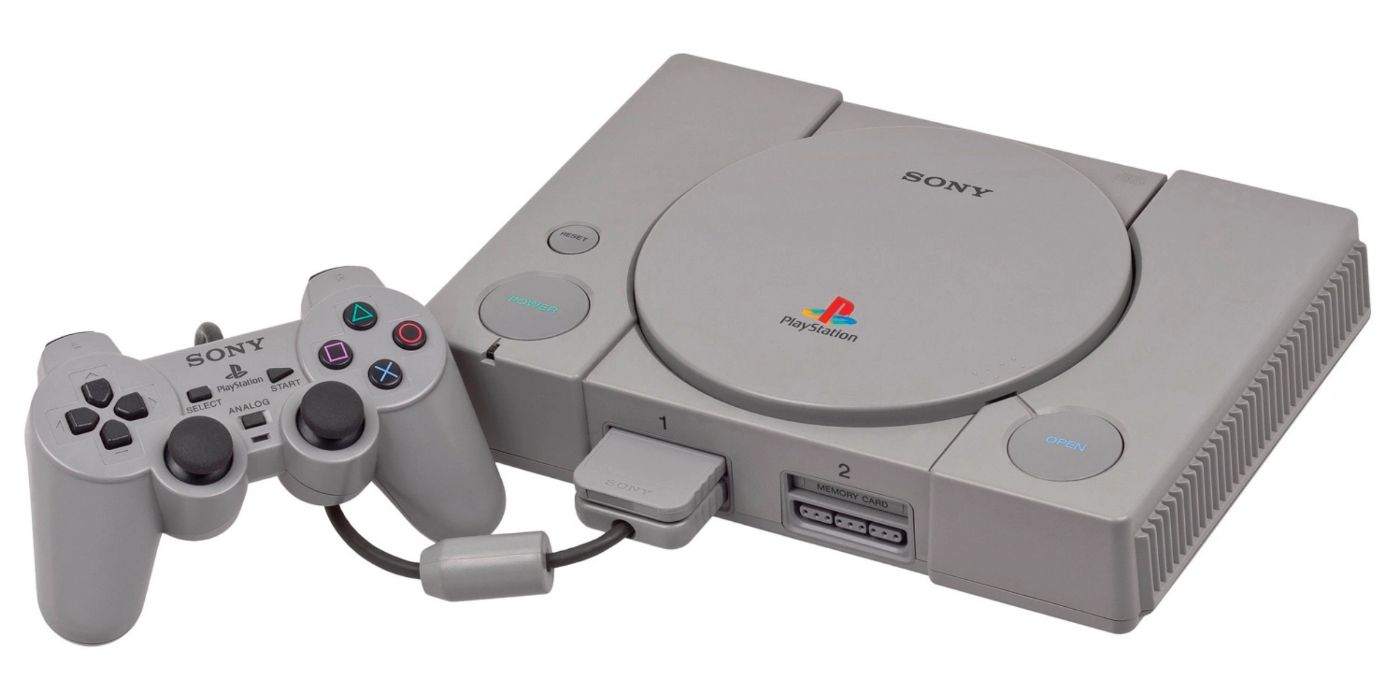 Introduced in 1994, the original PlayStation started the company off to a fantastic start, being the first video game console to sell 120 million units. Despite the stiff competition from the Nintendo 64 console as well as the Sega Saturn, the PlayStation was incredibly successful. The Playstation placed great importance on 3D polygon graphics, which obviously paid off. In addition to exceptional graphics, the PlayStation offered an extensive game library, popular franchises to choose from, and all at a low price. The PlayStation is still as popular as ever with the easy-to-set-up PlayStation 5 being a highly coveted console at the moment. 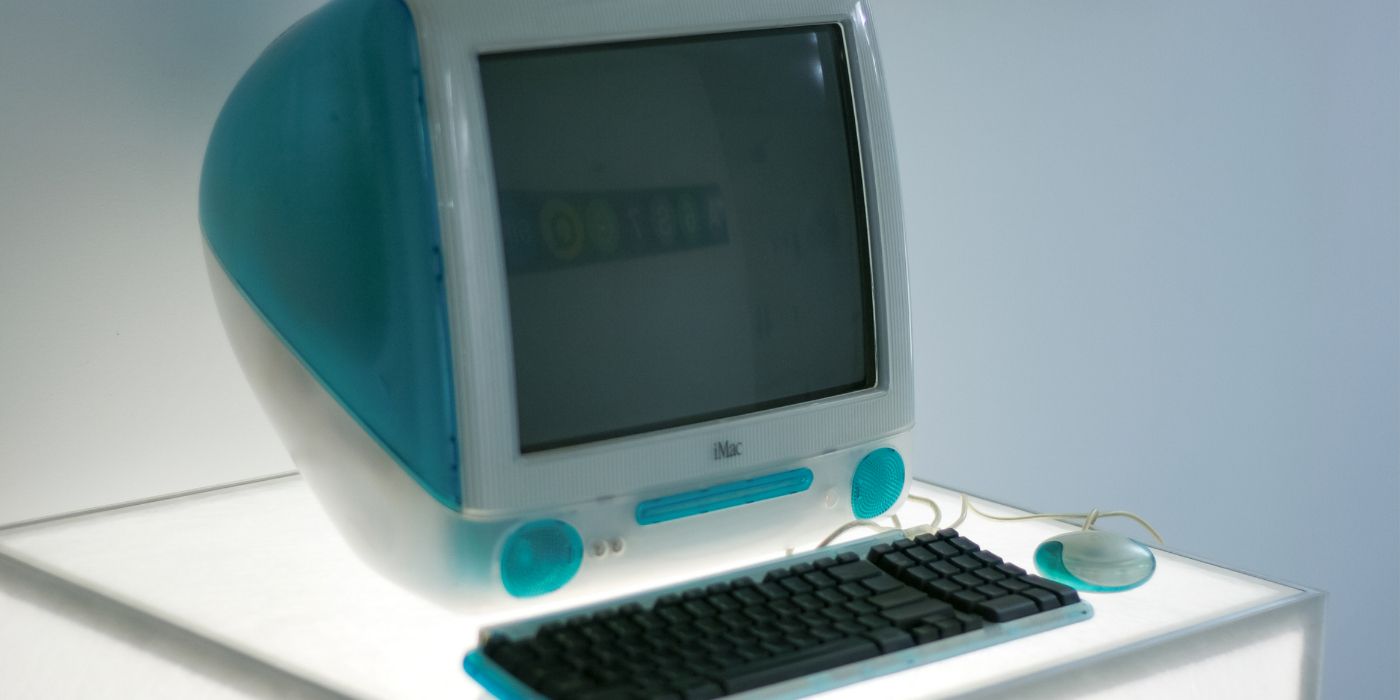 A behemoth of a computer, the 1998 iMac may seem like a dinosaur compared to the thin and sleek contemporary computers. However, the 1998 iMac was the favorite of techies, adorning computer rooms with its candy-colored exteriors.

RELATED: 8 Most Anticipated Upcoming Apple Products And Their Release Dates

It had a unique space age look and was designed specifically to be a cheaper consumer desktop computer but still have an easy connection to the internet. When it was released, many praised how the iMac G3 was approachable even to the non-technophile consumer, helping to make the average person more comfortable with computer technology.

The ’90s version of the Sony Walkman, portable CD players including the Sony Discman, supported the newer and more popular form of music listening, which was CDs in the ’90s. Easier than cassettes that would need to be flipped over and rewound, CDs were now the music technology of choice. Thanks to portable CD players, listeners could still have their favorite tunes with them on the go but easier than ever before. iPods that were to come in the following decade lessened the popularity of this ’90s gadget but for a long time, portable CD players dominated.

NEXT: 10 Best Directors Of The 1990s, According to Ranker